The telecom and postal services of Switzerland are diligently developing a national blockchain in an attempt to appoint local businesses to convert to distributed ledger technology (DLT). Both Swisscom and Swiss Post have joined hands to form a joint venture in order to build an entirely private Swiss Blockchain to launch locally operated decentralized apps (dApps).

According to sources, the proposed blockchain would be relatively more centralized, unlike other blockchains. That means, all the managed data will be restricted to the country’s digital boundaries. Also, the infrastructure will require less amount of energy as Swiss Utilities plays an important role as blockchain gatekeepers making it more “green.”

Having a national blockchain hosted by approved servers, means it’s more secure as compared to Bitcoin?

According to Swisscom, “Unlike public blockchains like Bitcoin and Ethereum, private blockchains use less electricity because of the fact that it can only be accessed by the users who have a contractual relationship with servers of application.” It enables relatively efficient agreement procedures with higher security and performance.

The security of such private blockchain is mainly dependent on parties involved in maintaining the network and the underlying software. Therefore, the burden lies majorly on two of Switzerland’s state-run utilities. So, it becomes a bold claim when it is believed that Swiss blockchain is more secure than Bitcoin network.

The all new infrastructure – open source, “coinless” blockchain project is curated by Linux Foundation with Hyperledger Fabric. The market launch of first pilot applications deployed on new blockchain is scheduled for mid-2019. It aims at seeking a secure and verifiable system to handle sensitive digital business processes. Proprietary applications, as well as third party, will be supported in a bid to drive the Swiss Economy to quickly obtain a leading position in building use cases for the promising technology.

Local media notes that the first signup is a platform for building “Crypto-Shares.” It is a specially encrypted digital token that represents ownership of a stake of the issuing company. The idea is that these tokens could enable smaller firms to enlist their shares on traditional stock exchanges. Ultimately this private blockchain of Switzerland seems geared towards public authorities and to those companies who are keen to adopt DLT, but only if it doesn’t get them into difficulty with financial watchdogs.

Initially, the engagement of Swiss post with blockchain included the use of technology that records temperature data during the transportation of pharmaceutical products along with a joint pilot project, “Blockchain for Utility” with Energie Wasser. This allowed owners of solar-powered houses to automatically calculate electricity bill of their tenants using blockchain.

Ueli Maurer, Swiss Finance Minister recently said that in lieu of building a crypto-specific legal framework or blockchain, the country is instead planning to amend existing laws in order to accommodate new technology and its financial applications with them. As per the press release, the government would be proposing amendments to six laws including bankruptcy law and civil code. 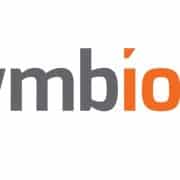 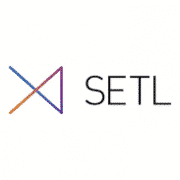 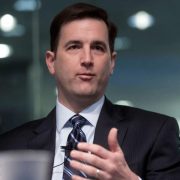