As per the press release made by SingularityNET on Medium during the last week, Ping An, the Chinese insurance giant technology company, and SingularityNET, Ethereum based decentralized artificial intelligence (AI) startup, has merged to boost development in the field of Artificial Intelligence(AI) that include Optical Character Recognition (OCR), Computer Vision (CV) and model training.

Mr. Bai Meng, AI BD lead for Ping An stated that “Ping An Technology and SingularityNET have reached the intention to collaborate in the field of Artificial Intelligence, possible future directions for collaboration include (but are not limited to) OCR and model training.”

The press release stated, “We are proud and excited to announce our AI collaboration with Ping An, a Chinese holding conglomerate that ranked 10th in the Forbes 2018 Global 2000.”

Ping An is one of the world’s largest and valuable insurance brand that comprises of around 170 million customers and 459 million internet users and with such abundant capacity the company stood at the third position in the global market in 2018.

During the formation of the company, Ping An demonstrated an outstanding capability to adapt to the prevailing environment and develop innovative ideas accordingly. The company was founded in 1988 and has seen a year-on-year growth of around 23.3 percent in its operating profits. During the past ten years, the company has invested over RMB 50 billion in the technology development, appointed more than 23,000 Research & Development professionals and 500 efficient data experts, and has also established six research institutes.

Ping An Technology is one of the topmost company in China, leading the race with Hundsun Technologies, it’s rival, which is supported by Ant Financial. Ping An Technology is the originator of the tech companies such as the peer-to-peer lender Lufax (which is currently valued at $18 Billion), Ping An Good Doctor – the healthcare platform that has a current active monthly user database of over 30 million, and a mobile application that is well known for reserving hospital visits called the Ping An Healthcare And Technology which is being used by around 800 million customers.

The rapid development of the company, Ping An, is due to its ability to utilize the first mover advantage in mobile apps to increase its market holding in uncountable sectors such as insurance, banking, financial services, healthcare, real estate and many more.

In the previous month, SingularityNET introduced the beta version of its platform thereby bringing in the world’s first decentralized AI marketplace in the global AI market.

Dr. Ben Goertzel further stated his comments about the collaboration of the company and said that “The scale of Ping An provides considerable opportunities to showcase the benefits of AI application. We are currently discussing how to integrate SingularityNET infrastructure with Ping An’s IT infrastructure in order to analyze the different types of data available. Generally speaking, successful AI applications require at least four ingredients — AI algorithms, data, computer power, and human understanding of the problem domain. Between SingularityNET and Ping An we have all four of these in abundance, and so I am confident we will be able to do great things together.”

The press release stated that “At the beginning of the collaboration, SingularityNET and Ping An will focus on three main areas: Optical Character Recognition (OCR), Computer Vision(CV) and model training, where SingularityNET’s ecosystem could be applied for commercial purposes.”

Further adding that “The sheer scope and ambition of Ping An when it comes to AI — from the Ping An Smart City to the One Minute Clinic initiative of the Ping An Good Doctor — will allow SingularityNET and Ping An to collaborate across multiple industries and initiatives in the future. We are confident that our collaboration will amplify the reach and competitiveness of Ping An while increasing the diversity and richness of our decentralized network. Our successful collaboration will help guide other enterprises towards utilizing our platform and will be marked as an important milestone in the movement to democratize AI.” 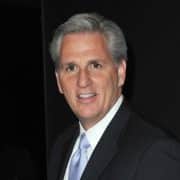 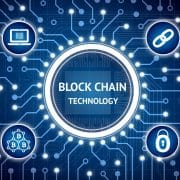 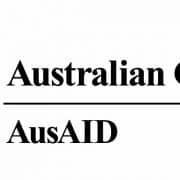