HBUS, the strategic partner to the Chinese crypto exchange – Huobi, is penetrating further into the US crypto market through a rebranding. It was a mutual decision between HBUS and Huobi.

As per the announcement, HBUS has licensed the Huobi brand and rebranded its retail trading platform. As a part of the rebranding, HBUS, which was previously using the HBUS.com for its retail trading services, will be using Huobi.com domain. Meanwhile, Huobi Global will continue to operate via its existing site, hbg.com.

Huobi Group was founded in 2013 in China and has its headquarter in Singapore since September 2017. In January 2018 the company had disclosed its plans to open an office in San Francisco. Later, it announced the launch of HBUS in June, which went live in July.

After this rebranding activity and post accepting the Huobi brand name, HBUS will be in an advantageous position and will gain with an increased level of technological support from Huobi Global, particularly with regards to stability and security features ad will also gain access to new market makers.

Leon Li, Huobi Group Founder and CEO, in a press release stated that “We feel very confident that the HBUS team will be excellent stewards of the ‘Huobi’ name as they become the top digital asset exchange in the U.S.” He further added that “From a branding perspective, it simply makes sense to ensure that the Huobi name is present in the United States. This transition will allow Huobi to extend its brand presence around the globe.”

The cryptocurrency exchange will be offering its users 13 different cryptocurrencies which will include BTC, ETH, and LTC, in 35 different trading pairs.

As per the statement of the HBUS CEO Frank: “Huobi Global a world leading digital asset exchange, especially in Asia, and the name ‘Huobi’ is a powerful brand in the digital asset world, representing dependability, flexibility, and security for more than half a decade. Leveraging our enhanced partnership with Huobi Group, we’ll continue to operate the trading platform in a compliance-committed manner, offering wide token variety. HBUS’s enhanced partnership with Huobi Group will also bring with it a reputable brand that will help HBUS increase trading.”

Further to celebrate their rebranding, they are providing users with various attractive offers such as trading rebates and promotional discounts for new users. In order to increase the user base, it also strives to offers lower fees when compared to other exchanges. The press statement read “To celebrate the rebranding, HBUS has launched a number of different promotions, including trading rebates, and will continue to offer low trading fees and other benefits for traders.” 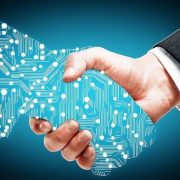 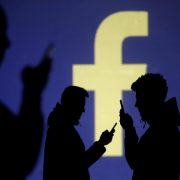 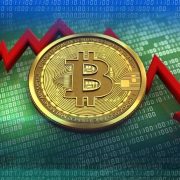