For a More Robust and Liquid Market Regulated ETH Futures a must – ErisX tells CFTC in the filed comment letter
In reply to the United States Commodity Futures Trading Commission (CFTC) feedback request on Ethereum (ETH)’s mechanics and market, the Chicago-based crypto exchange, ErisX, has filed a comment letter to the agency giving its feedback. The letter was submitted on the 15th February which reflects the exchange’s thoughts that “the introduction of a regulated futures contract on Ether would have a positive impact on the growth and maturation of the market.”

ErisX is actually a recommencement of traditional futures market Eris Exchange and is working towards providing support for spot trading in various cryptocurrency that includes Bitcoin (BTC), Ethereum and Litecoin (LTC). Meanwhile, the crypto exchange is awaiting approval from the regulatory department with respect to the future contracts which they are also planning to start in the second half of 2019.

The Comment letter alleged that, “listing and trading Ether futures compliantly on CFTC regulated markets is consistent” with the CFTC’s efforts to foster “open, transparent, competitive, and financially sound derivative trading markets [and] to prohibit fraud, manipulation, and abusive practices in connection with derivatives and other products subject to the [Commodity Exchange Act] CEA.”
Further, the CFTC has concluded that Bitcoin is nothing but a commodity as it has the ability to substitute the independent currencies instead of it being categorized as security which would push it under the Securities and Exchange Commission (SEC)’s charge. During June last year, Ether was also de-classified from the list of securities after a long run argument.

In the letter, ErisX has highlighted the fundamental differences between Ethereum and its precursor and observed that, “Ethereum built upon some of the architectural principles of Bitcoin to extend [its] functionality of [a] distributed, (crypto-economically) secured, (blockchain-based) record-keeping system to include new computational capabilities for the execution of arbitrary code.”

The exchange maintained its view about the present condition of the Ethereum market that inefficient regulatory transparency has stopped the regulated enterprises to enter into this space thereby leading to a predominance of “unregulated or lightly regulated ‘exchanges’ [and] ‘brokers’ [emerging] to fill the gap, many of them off-shore.”
They also stressed upon various risks including volatility and liquidity fluctuations and said that these risks are “Not unique to Ether, but [may be exacerbated by] the current fragmented global market structure of trading platforms and ‘exchanges’ with significantly varying degrees of regulatory oversight and operational transparency and integrity.”

Therefore, ErisX believes that “introduction of standardized, CFTC-regulated products, on a robustly operated trading and custody infrastructure” would be advantageous to Ethereum thereby permitting broader involvement from institutional actors and commercial users leading to “more robust, liquid, and resilient markets,” enhanced process for the management of risk and making it more efficient as well as accurate for price anticipation.

During the current month, ErisX has appointed three experienced persons from Barclays, YouYube and the Chicago Board Options Exchange to seal the executive roles and also declared the appointment of ConsenSys’ Joseph Lubin as its board of directors in the last month. 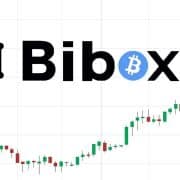 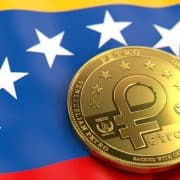 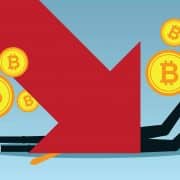 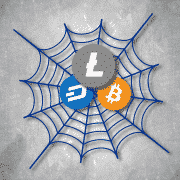